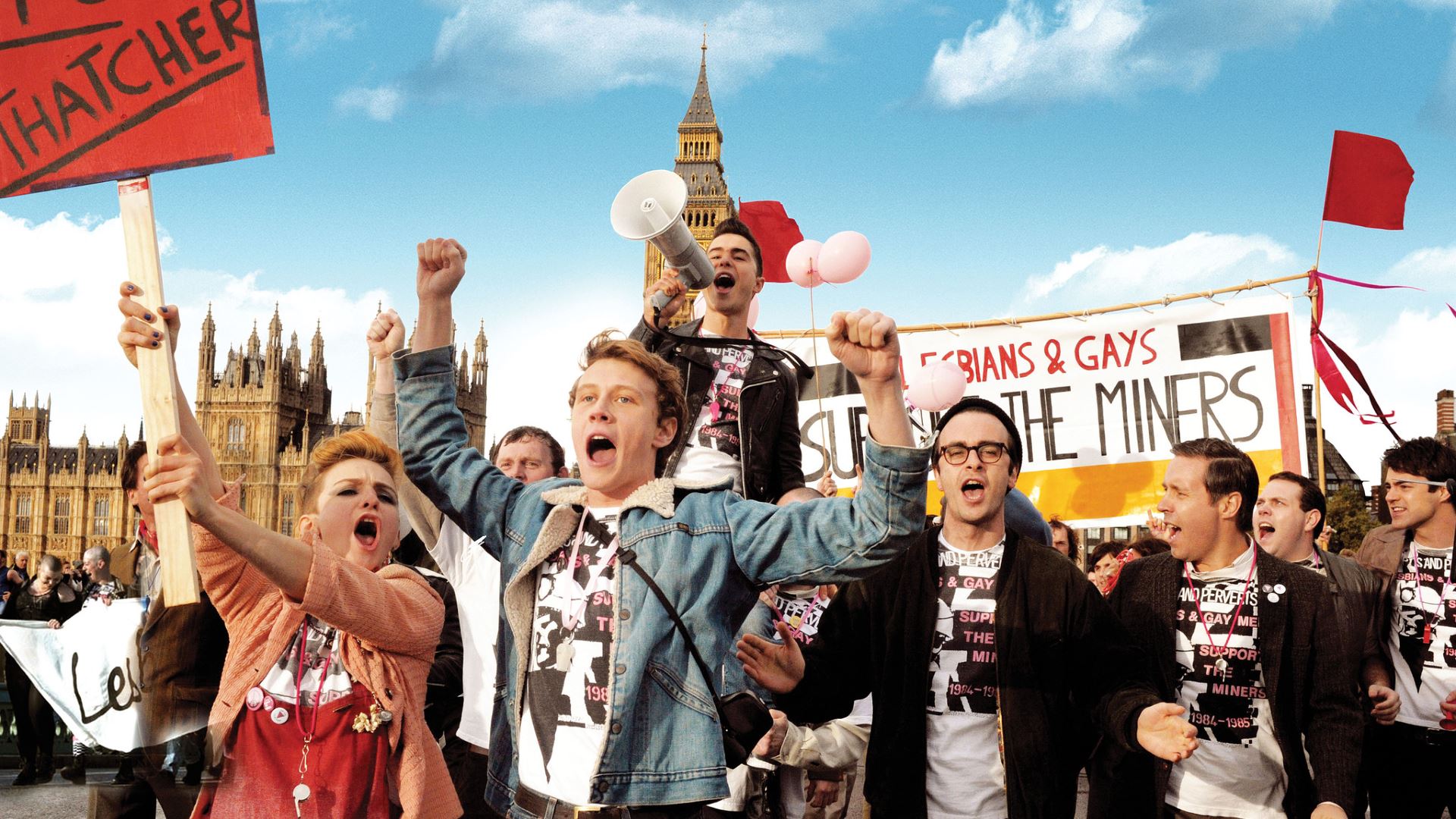 Featuring an all-star cast including Bill Nighy and Imelda Staunton, this British crowd-pleaser joyfully puts the protest back into pride.

At the height of Thatcher’s reign, miners unions are striking across the UK. Protesting for their own rights, a group of London gay and lesbian activists decide to raise money to support the miners’ efforts. But when they seem reluctant to accept the donation, the activists pile into a minibus and head to a small Welsh mining village to hand it over in person. This sets in motion a hilarious clash of personalities, as both sides come together in solidarity for their respective causes.

“Uproariously funny, with the ensemble bouncing off each other like an all-Welsh ping-pong match. But for every moment of humour there is a moment of poignancy, depicting two contrasting communities who are both desperate for help and support.”

All the Beauty and the Bloodshed

This extraordinary, Venice Gold Lion winning documentary is an electrifying portrait of the life of bisexual artist and activist Nan Goldin.

Afternoon Delight with The LOVE Project