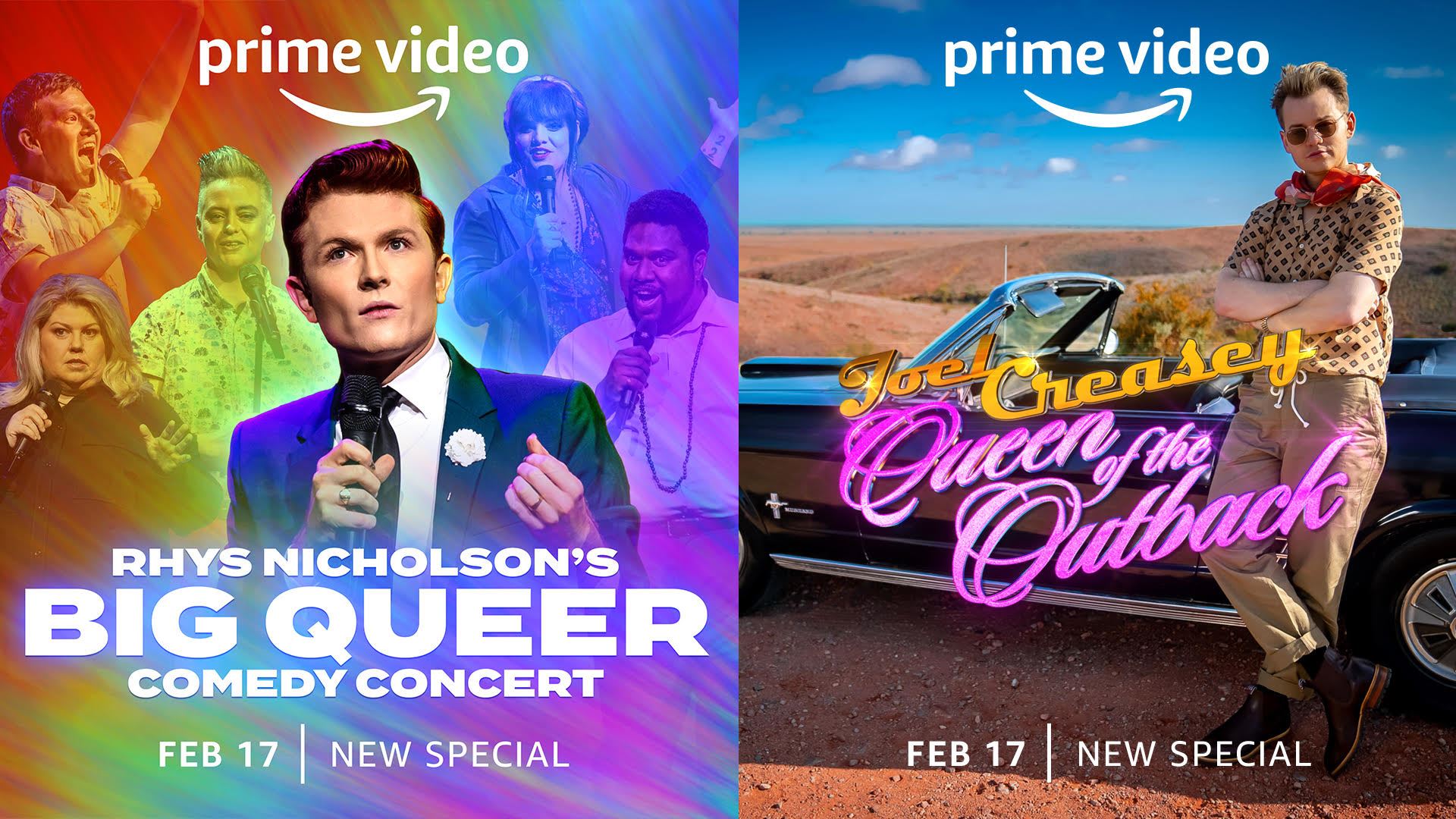 Filmed in front of a live audience at the 2022 Broken Heel Festival, Joel Creasey: Queen of the Outback features a live, all-new stand-up performance from Joel, plus all the glitter and glamour of Australia’s largest regional drag celebration.

Screening for free with a drink on arrival and an introduction from Joel Creasey and Rhys Nicholson. Both specials will be available to stream on February 17 on Prime Video.

Joel Creasey: Queen of the Outback

Ready for an Icelandic buddy cop action spoof with a gay flex? Add sexual tension and a hilariously evil baddie for an unforgettable caper!

The Winner Takes It All

Sydney drag icon and RuPaul’s Drag Race Down Under alum Maxi Shield stars in a farcical comedy that brings to mind the works of John Waters.