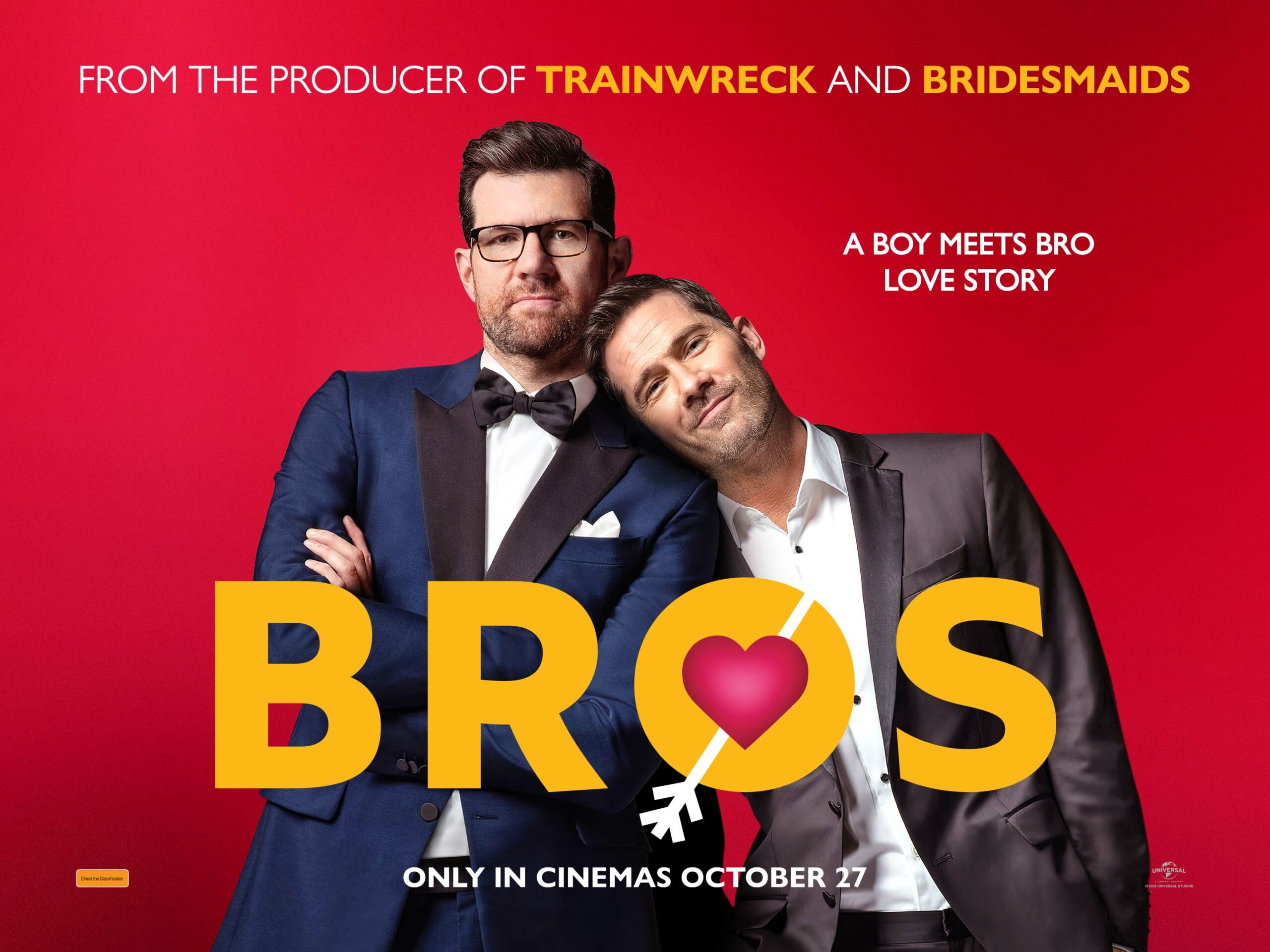 Hitting the Queer Screen big screen this October is the notable Bros. There is a lot to love in this hilarious rom-com! We’re sharing our top three reasons why Bros should be on your watch list.

We want you to watch Bros with us on the big screen on 27 October at Event Cinemas George Street!

Why to watch #1 – The entire cast of Bros is LGBTIQ+

You read that right, every speaking cast member in Bros is out and proud, making this film a particularly special film to hit cinemas.

For the first time in major studio history, Billy Eichner (Billy on the Street, Difficult People) claims to be the first openly gay man to have co-written and starred in his own major film (and rightfully so).

It’s definitely the first time in queer film history that we have seen such a major film with such a diverse LGBTIQ+ cast, and we are so incredibly excited to celebrate this!

Why to watch #2 – Bros celebrates the LGBTIQ+ Community

Bros follows the out and proud podcast host and LGBTIQ+ expert, Bobby (Billy Eichner). While he’s not all that caught up in Grindr dates and the single life, he is soon to be the Director of an LGBTQ Museum.

The LGBTQ Museum team is filled with a colourful queer community of board members who are just as passionate about queer history as we are at Queer Screen. Albeit a rom-com, Bros touches on social issues like relationship norms, and body dysmorphia, aiming to celebrate loving each over for who we are on the inside.

Why to watch #3 – Bros is a hilarious, bold rom-com that will hit all the feels

Last but not least, Bros will make you laugh so hard you might even cry a little. Even though dating isn’t on Bobby’s agenda, will all this change when he meets Aaron on a night out?

Refreshingly witty, sexy and bold, Bros is destined to be a fixture in the queer canon.