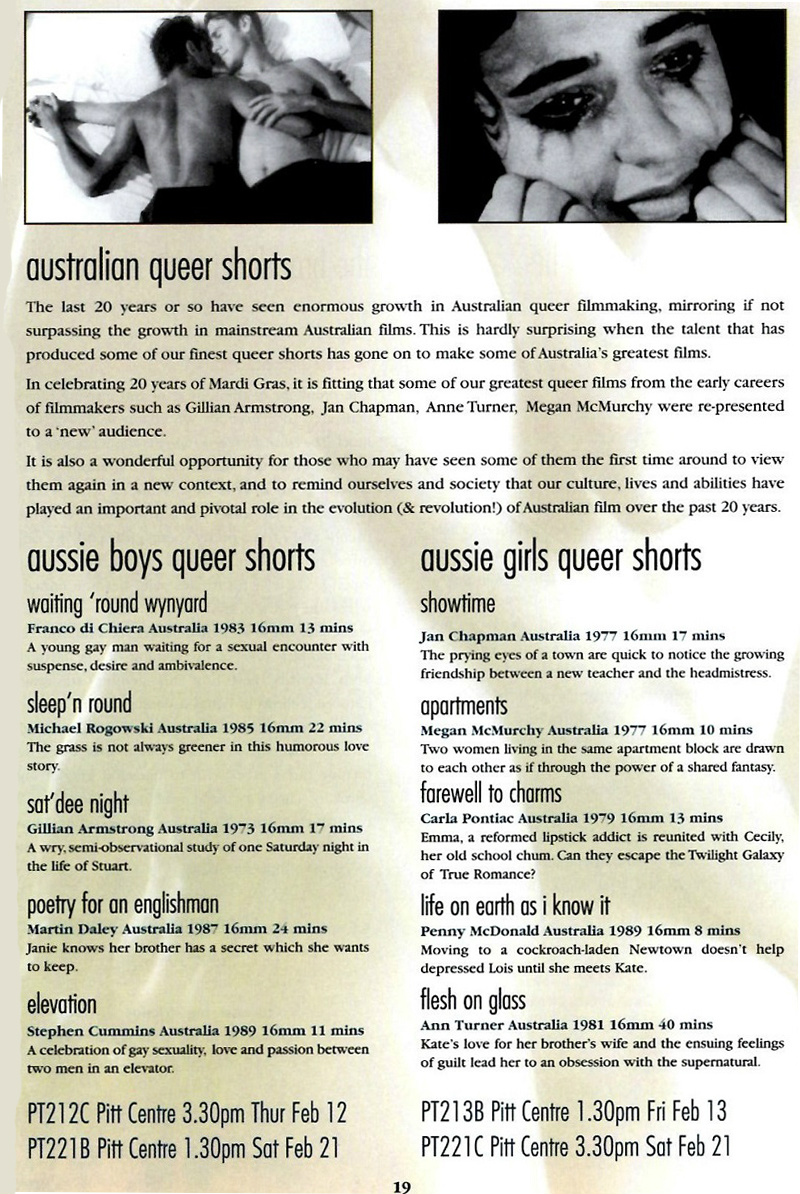 Print guide text: The last 20 years or so have seen enormous growth in Australian queer filmmaking, mirroring if not surpassing the growth in mainstream Australian films. This is hardly surprising when the talent that has produced some of our finest queer shorts has gone on to make some of Australia’s greatest films.

In celebrating 20 years of Mardi Gras, it is fitting that some of our greatest queer films from the early careers of filmmakers such as Gillian Armstrong, Jan Chapman, Anne Turner, Megan McMurchy were re-presented to a ‘new’ audience.

It is also a wonderful opportunity for those who may have seen some of them the first time around to view them again in a new context, and to remind ourselves and society that our culture, lives, and abilities have played an important and pivotal role in the evolution (& revolution!) of Australian film over the past  years.