MGFF 2010: The History of My Queer Career 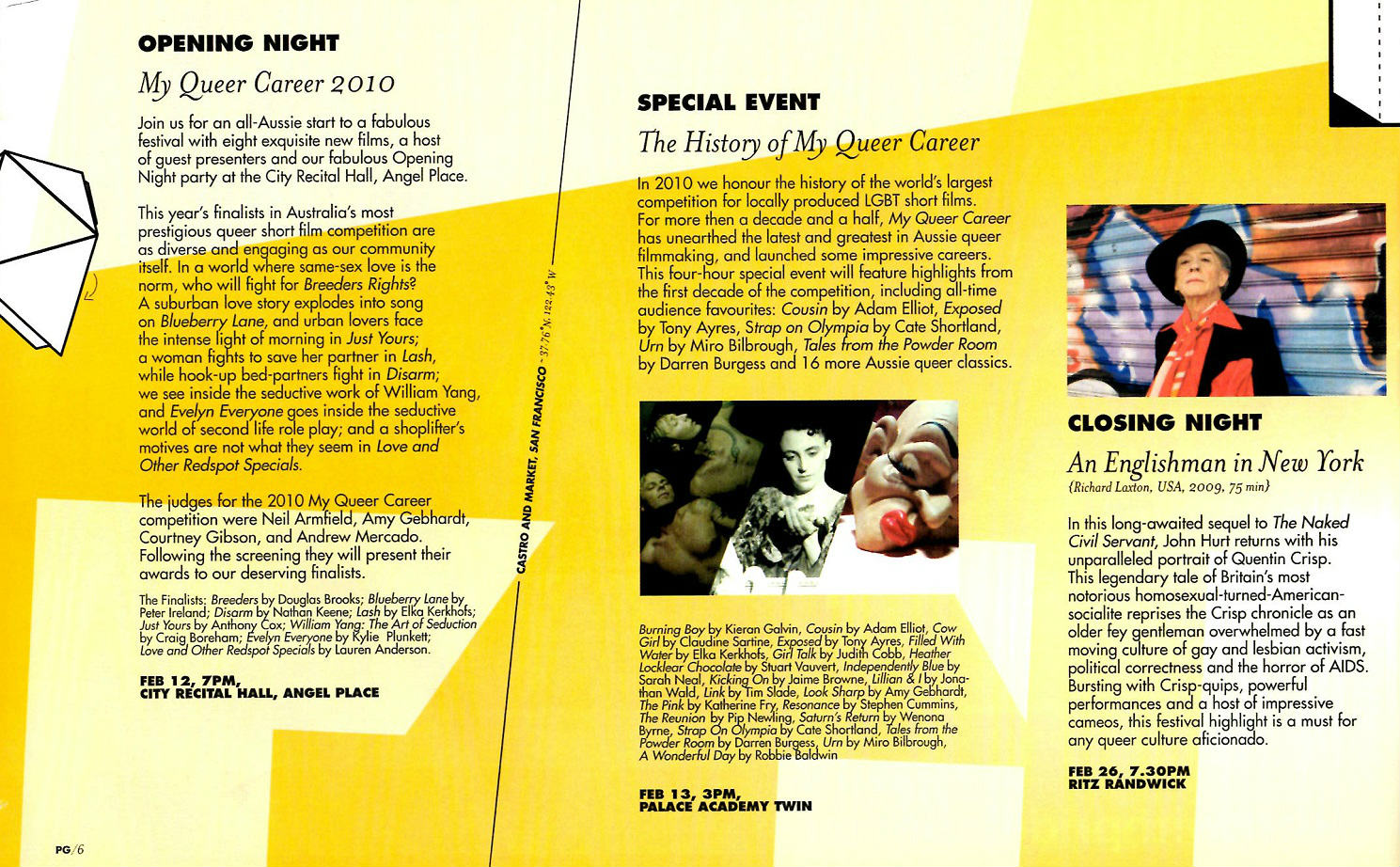 In 2010 Queer Screen held a special screening: The History of My Queer Career. The following passage is the text from the program guide and a list of all the films screened.

In 2010 we honour the history of the world’s largest competition for locally produced LGBT short films. For more than a decade and a half, My Queer Career has unearthed the latest and greatest in Aussie queer filmmaking, and launched some impressive careers. This four-hour special event will feature highlights from the first decade of competition, including all-time audience favourites: Cousin by Adam Elliot, Exposed by Tony Ayres, Strap on Olympia by Cate Shortland, Urn by Milo Bilbrough, Tales from the Powder Room by Darren Burgess and 16 more Aussie queer classics.