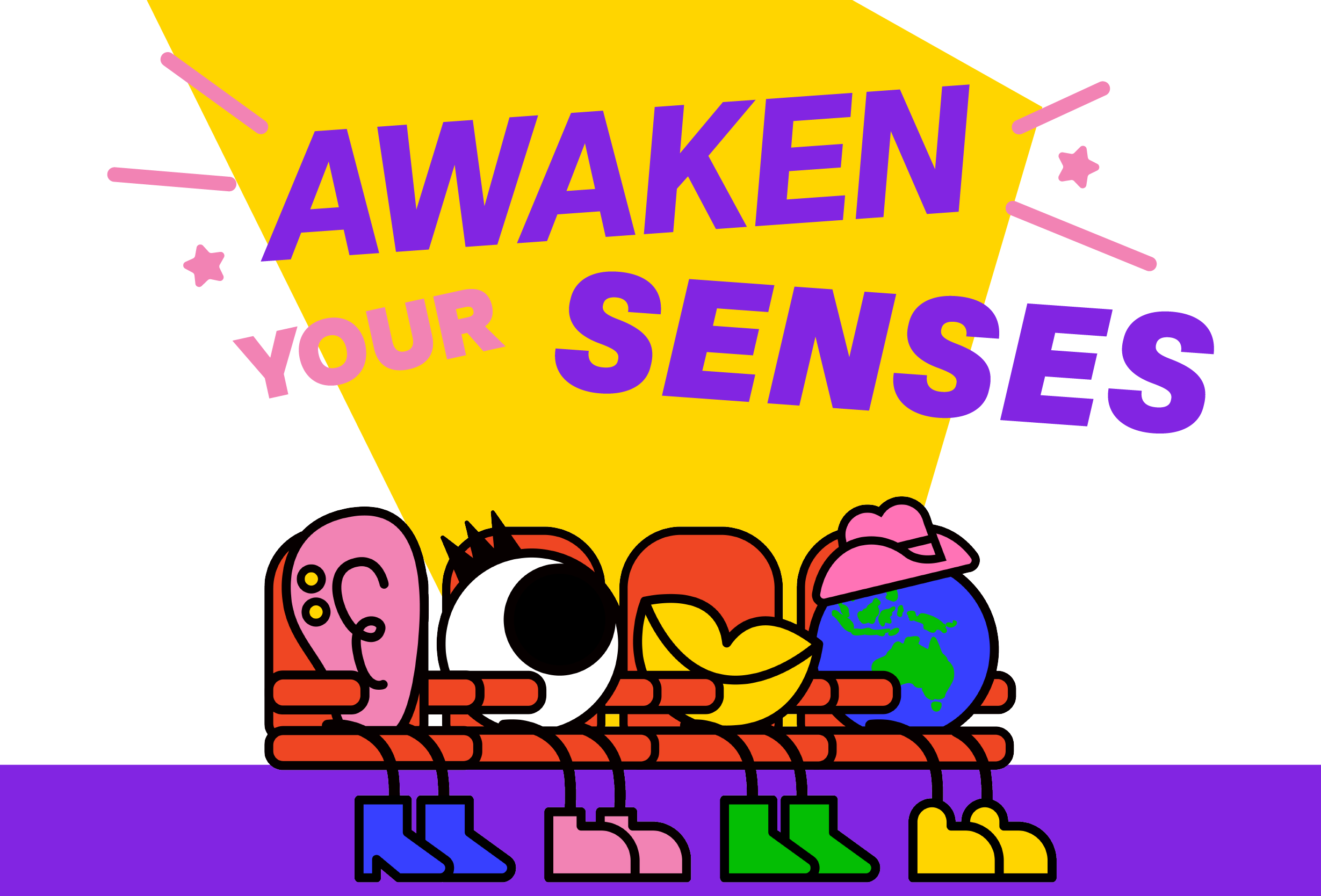 Awaken Your Senses with the Best of Queer Cinema

11 January 2023: Celebrating the best of homegrown and international queer storytelling, Queer Screen’s 30th Mardi Gras Film Festival is a mind-blowing program that promises to awaken all the senses. Screening for 16 days from 15 February to 2 March, this Festival is one of the biggest ever, with 166 films screening across more than 100 sessions in cinema, outdoors and on-demand at home as well as hosting panel discussions, workshops, industry networking events, international guests and parties. Tickets are on sale now at queerscreen.org.au.

“2023 marks the significant milestone of being Queer Screen’s 30th edition of the Mardi Gras Film Festival”, explains Festival Director Lisa Rose. “Formed in 1993 by a group of queer filmmakers and curators to affect positive change in film culture in Australia, we at Queer Screen are incredibly proud of our impact. This year we are so excited to honour those trailblazers who shaped queer storytelling on the screen as well as introducing the best of global contemporary filmmaking to our local and international audiences in our largest Festival for over a decade”.

The Festival will screen at eight venues across Sydney including Event Cinemas (George Street and Hurstville), Dendy Cinema (Newtown), Hayden Orpheum (Cremorne) and Ritz Cinemas (Randwick), Casula Powerhouse, the Westpac Open Air Cinema and the Alumni Green at the University of Technology (Broadway) with evening and matinee screenings. Across the Festival, six films showing at six venues around Sydney will be priced at $10 as special community screenings.

The Festival opens with the Sydney Premiere of the electrifying Australian drama OF AN AGE, from rising star Goran Stolevski. The film which is guaranteed to become a classic stars Thom Green (Dance Academy) and Elias Anton (Barracuda) in a phenomenal coming of age romance about a Serbian-Australian teen developing intense feelings for his friend’s older brother.

The Australian premiere of THE VENUS EFFECT will close the Festival, a delightful Danish romance about two young women daring to love each other and themselves.

A recipient of the Queer Screen Completion Fund, TRANS GLAMORE will have its World Premiere at the Festival where it will screen with locally made short THE ACCIDENTAL ARCHIVIST. The documentary follows transgender DJ Victoria Anthony as she perseveres through COVID’s challenges to organise a unique and stunning show for trans women, created by trans women.

Also having its World Premiere is THE WINNER TAKES IT ALL featuring much loved Australian drag queen Maxi Shield. In this camp comedy, made by an almost entirely LGBTIQ+ team, a wealthy socialite and her best friend take justice into their own hands when she discovers her ex-gigolo husband is cheating on her.

In 1972, Australian soap Number 96 became one of the first TV shows in the world to feature a full range of LGBTIQ+ characters. We will screen a camptastic episode of NUMBER 96, followed by an in depth discussion between TV historian Andrew Mercado and actor Joe Hasham, who played the first series regular gay character on TV. This screening includes a brand new documentary featuring Shane ‘Courtney Act’ Jenek, author Benjamin Law, scriptwriter Sarah Walker, as well as the legendary Carlotta, the iconic Michael Kirby and Hollywood superstar Keiynan Lonsdale.

Queer Screen on the Green is an outdoor all day event celebrating four decades of cinema. Held on the Alumni Green at the University of Technology, the day begins with a Rainbow Families film, RAYA AND THE LAST DRAGON (2021), following by PRIDE (2014), a heartwarming romp about a small-town UK queer group who supported British miners during their famous  strike of 1984. The groundbreaking and timeless SAVING FACE (2004), an early example of a lesbian rom com about two Chinese-American women represents the noughties and the seminal BEAUTIFUL THING (1996) brings 1990s teenage love to life. Tickets are free, although a $10 donation is welcomed, and bookings essential as spaces are limited.

An unmissable event is the screening of TÁR against the backdrop of the stunning Sydney Harbour at Westpac OpenAir. Cate Blanchett delivers a ferocious, career-best performance as intimidating lesbian maestro Lydia Tár in this acclaimed, award-winning film.

We have a free screening of two brand new queer stand-up specials JOEL CREASEY: QUEEN OF THE OUTBACK filmed in front of a live audience at the 2022 Broken Heel Festival, and RHYS NICHOLSON’S BIG QUEER COMEDY CONCERT featuring a cast of comedy superstars, including Urzila Carlson, Geraldine Hickey, Cassie Workman and Chris Parker. The screening will be introduced by Joel and Rhys.

The last week of the Festival includes nine weekday matinees screening over three days (Monday, Tuesday and Wednesday). The Afternoon Delight session is free for LGBTIQ+ elders (age 65 and over) and just $10 for other attendees, while the remainder of the screenings are at a matinee pricing of $15 (less for members/concession holders).

A recipient of the Queer Screen Completion Fund, THE LONGEST WEEKEND reunites Australian siblings Lou, Avery and Rio in their childhood home in Sydney’s inner West who force each other to confront their shared past and present, as only siblings can. Also screening is previously announced LONESOME, another Completion Fund recipient.

THE GIANTS is an exhilarating and unforgettable documentary that chronicles the extraordinary life of Dr Bob Brown, Australia’s first openly gay member of parliament. Told in Dr Bob Brown’s own words, this uplifting and inspiring story covers 50 years of environmental and human rights activism.

The Festival will screen six films from Canada and welcome a number of guests to Sydney. These include: FRAMING AGNES, with a star-studded line-up of all-trans performers who reframe how we think about our forgotten trans elders and COMPULSUS, a provocative feminist revenge fantasy.

Direct from the Toronto International Film Festival (TIFF), SOFT is a tender-hearted coming of age gem from non-binary writer and director Joseph Amenta. It follows three young queer best friends living in the underbelly of Toronto and celebrates the beauty of being different.

GOLDEN DELICIOUS is about Chinese-Canadian teen Jake whose dad wants him to be a basketball star, and his girlfriend wants to have sex, but he doesn’t know what he really wants – until hunky, openly gay Aleks moves in across the street. Director Jason Karman and actor Jesse Hyde will attend.

In THIS PLACE, fates collide in a Toronto laundromat when love blossoms between a young Tamil woman and a Mohawk-Iranian woman in a heartwarming story of burgeoning romance.

Between feature long-narrative and short films, there is a wide diversity of films from across the Asia Pacific this year including the winner of the Un Certain Regard Jury Prize at Cannes, JOYLAND. This romance between a trans woman and a married man is a watershed moment for Pakistani cinema.

Banned in its local country Singapore, #LOOKATME is a fast-paced and gripping mixture of family drama, prison grit and politics in a struggle between a YouTuber and an evangelical megachurch.

Featuring a cast composed almost entirely of newcomers, and written in consultation with its leads, the Indian drama A PLACE OF OUR OWN follows two trans women as they work together to navigate harassment and discrimination in their everyday life.

ABOUT US BUT NOT ABOUT US is a mysterious game of cat and mouse that will keep you guessing. Writer and Director Jun Robles Lana and Producer Perci Intalan will join us from the Philippines.

Nominated by members of the Asia-Pacific Queer Film Festival Alliance (APQFFA), the best short films from recent LGBTIQ+ Film Festivals in China, Hawai’i, India, Japan, Pakistan, Sri Lanka, Taiwan and Australia are all in the running for the annual APQFFA short film award with a $1,000 USD cash prize.

Winner of the Venice Golden Lion and one of the most acclaimed films of the year ALL THE BEAUTY AND THE BLOODSHED from Oscar-winning director Laura Poitras is an extraordinary documentary and electrifying portrait of the life and career of queer artist Nan Goldin and her fight against the billionaire Sackler family.

Raphäelle Perez delivers a star-making performance as a young, sassy woman at the start of her transition journey, in MY EMPTINESS AND I the latest film from acclaimed filmmaker Adrián Silvestre (SEDIMENTS, MGFF22). This powerful and nuanced portrayal of self-discovery, co-written by Perez, is told with authenticity, humour and tenderness.

All Sorts of Shorts

This Festival has shorts to fit everyone, with an incredible 11 packages in the program, including for the first time ever, a bi+ bundle. The Guy on Guy and Women Loving Women packages are super sexy while Queer Scream, our scary shorts, will haunt your dreams and QueerDoc, our real world shorts, will amaze and inspire. Gay, lesbian, transgender and gender diverse shorts and shorts for young queers are scheduled along with competition shorts for My Queer Career and APQFFA Awards.

As well as the guests mentioned above, we are delighted to welcome the following international filmmakers to Sydney to celebrate our 30th Festival. From the UK, Jacquie Lawrence (Director) and Fizz Milton (Producer) of GATEWAYS GRIND, the fascinating documentary about iconic London lesbian club The Gateways.

Aino Suni, Writer and Director of HEARTBEAST, joins us from Finland with her technicolour psychological thriller about a wannabe rapper and a not-so-innocent French ballerina. Ireland’s key HIV advocate Robbie Lawlor, and contributor to the documentary HOW TO TELL A SECRET which recently won Best Documentary Film at the Irish Film Festival London will also attend.

“Our 30th Mardi Gras Film Festival is a great time to reflect on what we have achieved as an organisation”, says Queer Screen Co-Chair Abs Osserian. “From screening thousands of queer films to audiences all over Australia, to championing emerging filmmakers, lobbying for better representation, hosting visiting queer film auteurs, investing over $170,000 in Australian LGBTIQ+ productions, awarding 30 years of our county’s most significant queer film prize My Queer Career, and working with countless community members, partners and volunteers, Queer Screen has survived, thrived and helped to shape the history of queer film in Australia, and we are delighted to continue that support into the future”.

Optus returns this year as Presenting Partner. Matt Williams, Optus Managing Director of Marketing & Revenue says “Optus is thrilled to be returning as the presenting partner of Queer Screen’s 30th Mardi Gras Film Festival. At Optus, diversity and inclusion is embedded in our DNA and we are looking forward to celebrating all these amazing films and reveling in all the excitement that comes with the Mardi Gras festivities”. 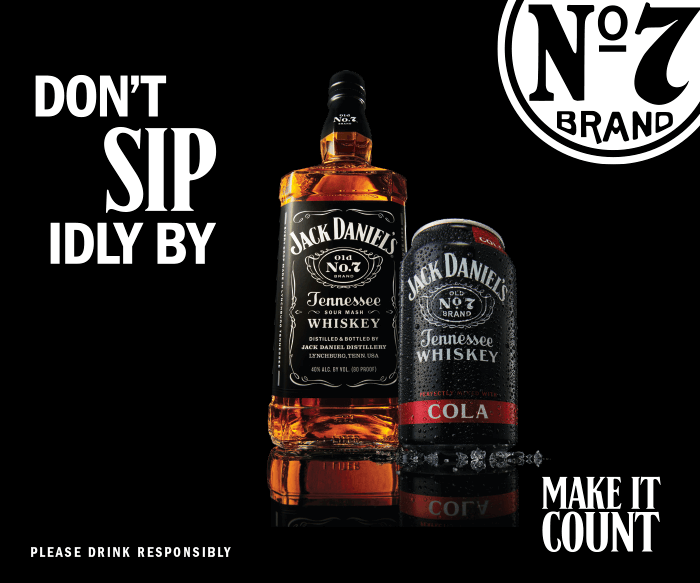 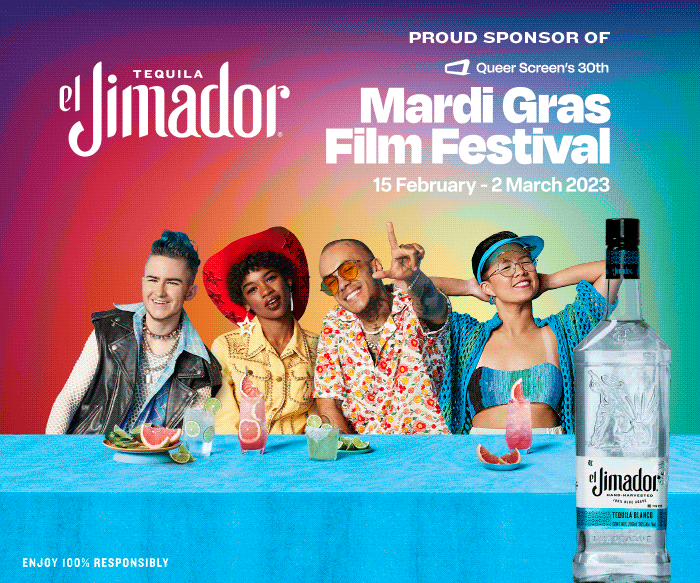