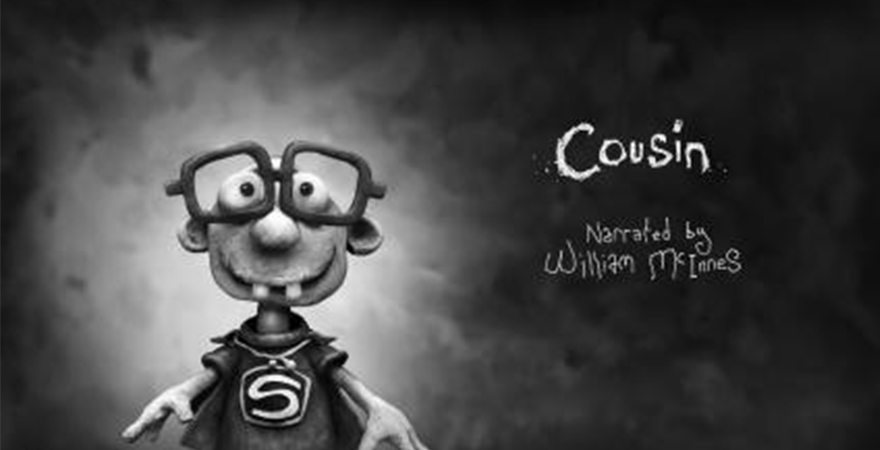 Print guide text: The largest and most prestigious competition for queer shorts in Australia held each year as part of the festival. Over the past few years many of the shorts which made their first appearance in My Queer Career have gone on to screen in festivals around the globe, some picking up awards along the way. The major prize of $2000 is provided by the Stephen Cummins Film Trust, named after the gifted queer Australian filmmaker who died from an AIDS-related condition in 1994.

Other prizes supplied by Metro Screen are presented to the Runner Up and for the Audience Award. This year there is a new prize and award generously supplied by Paul Van Reyk to be called the Adrian Clarke Development Award, or the ‘Audrey’. This new prize of $1000 will be awarded annually to the short judges consider to benefit from wither further development or from finishing on a screening format that will enhance its screening opportunities in festivals around the world.

My Queer Career in the 1999 Mardi Gras Film Festival guide 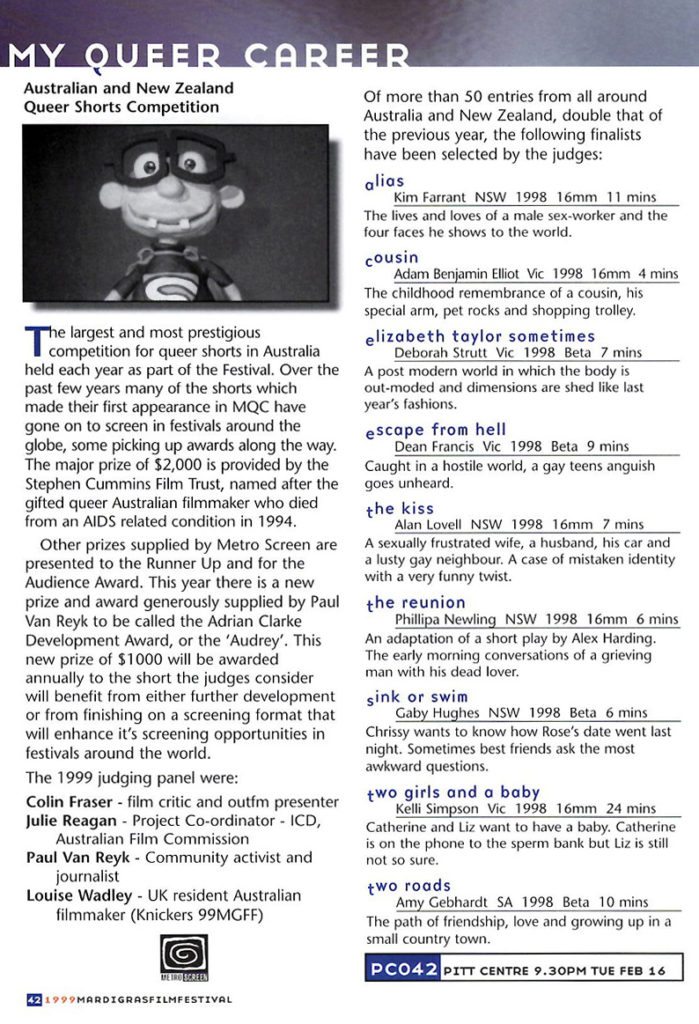