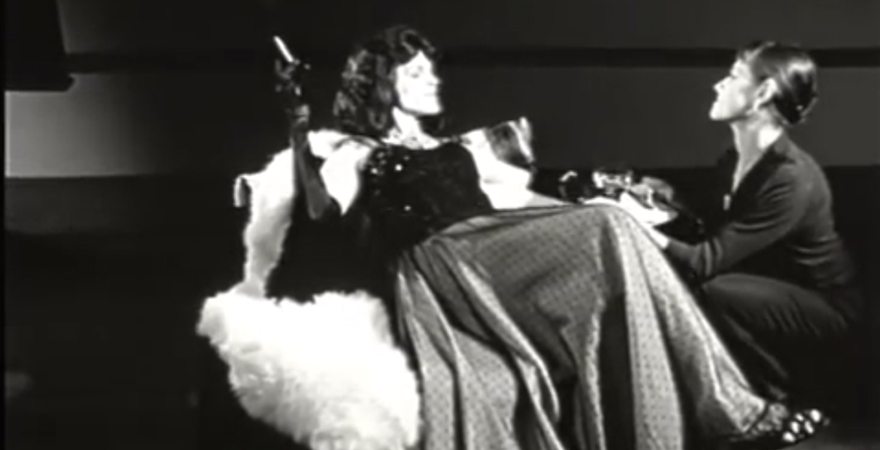 Print guide text: We’re back with the best of home-grown queer shorts, in one of the most eagerly-awaited parts of the festival.

My Queer Career is the largest competition for queer shorts in Australia and is held each year as part of the Mardi Gras Film Festival. Promoted by Queer Screen to gay and lesbian film festivals all over the world, many shorts appearing in My Queer Career have gone on to win international acclaim.

The major prize is $2500 is provided by the Stephen Cummins Film Trust, named after the gifted queer Australian filmmaker who died from an AIDS-related condition in 1994.

The following ten films were selected by the judges from a total of 34 films entered this year. The awards will be announced on the night of the screening.

My Queer Career in the 2001 Mardi Gras Film Festival guide 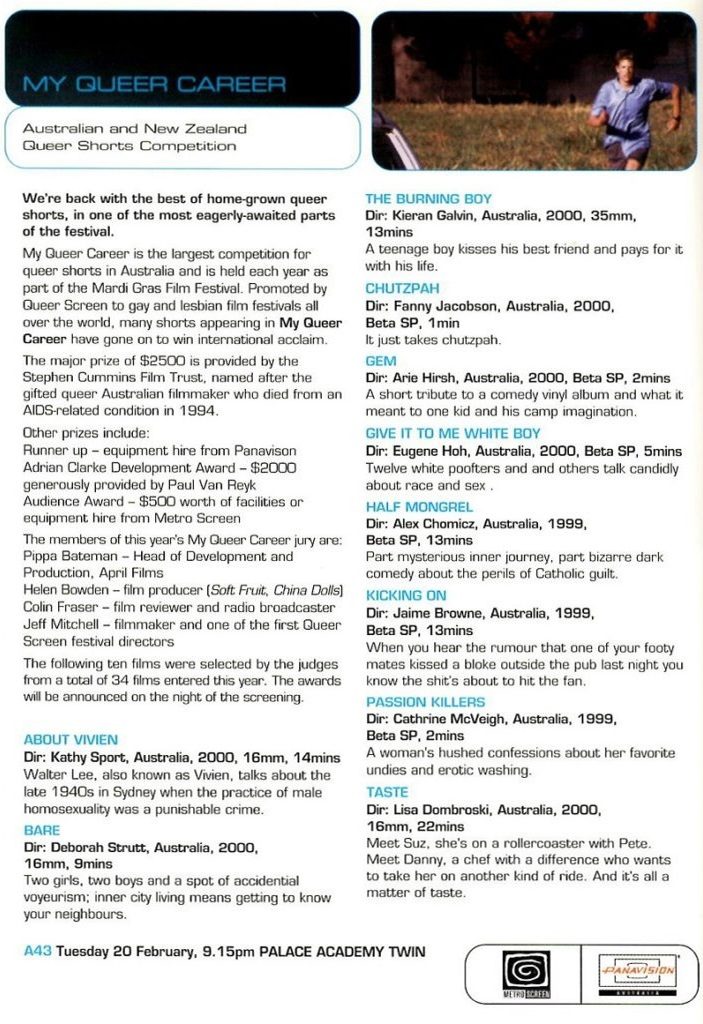