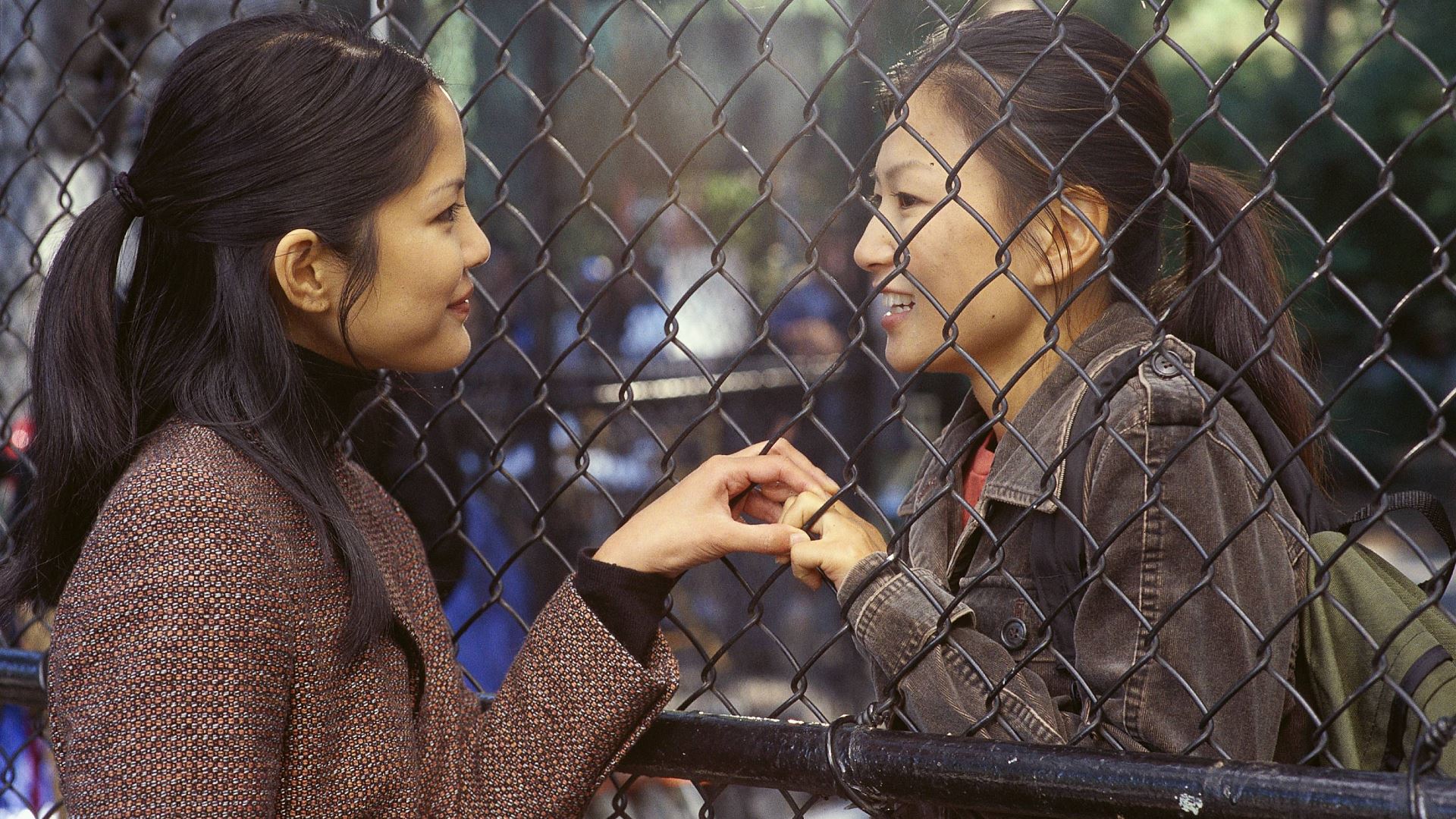 A fixture of “best in lesbian film” lists since 2004, this light-hearted romance between two Chinese-American women was Alice Wu’s (The Half of It) directorial debut.

Overworked medical resident Wil barely has a social life. She falls for beautiful dancer Vivian, who is intent on helping Wil come out of her shell. Fearing how her traditional Chinese family will react, she tries to keep her romantic and family lives separated. That is, until her widowed mother (Joan Chen) shows up on her doorstep, having been kicked out when her parents discover she’s pregnant out of wedlock. Refusing to reveal who the father is, both generations struggle to keep their secrets as their lives suddenly intertwine.

“Saving Face is a beautifully crafted movie about the fight between family tradition and finding a new way for yourself.”

Romance, flirting and sexual tension are in the air, in this short film package that’s all about women who love women, regardless of label.

“Are you a tower? Because Eiffel for you.” So goes the pickup line that catalyses this sweet rom-com from the director of Billie and Emma.

Perfectly capturing the charm and chaos of first love, this is a captivating adaptation of the critically-acclaimed Swedish YA novel.