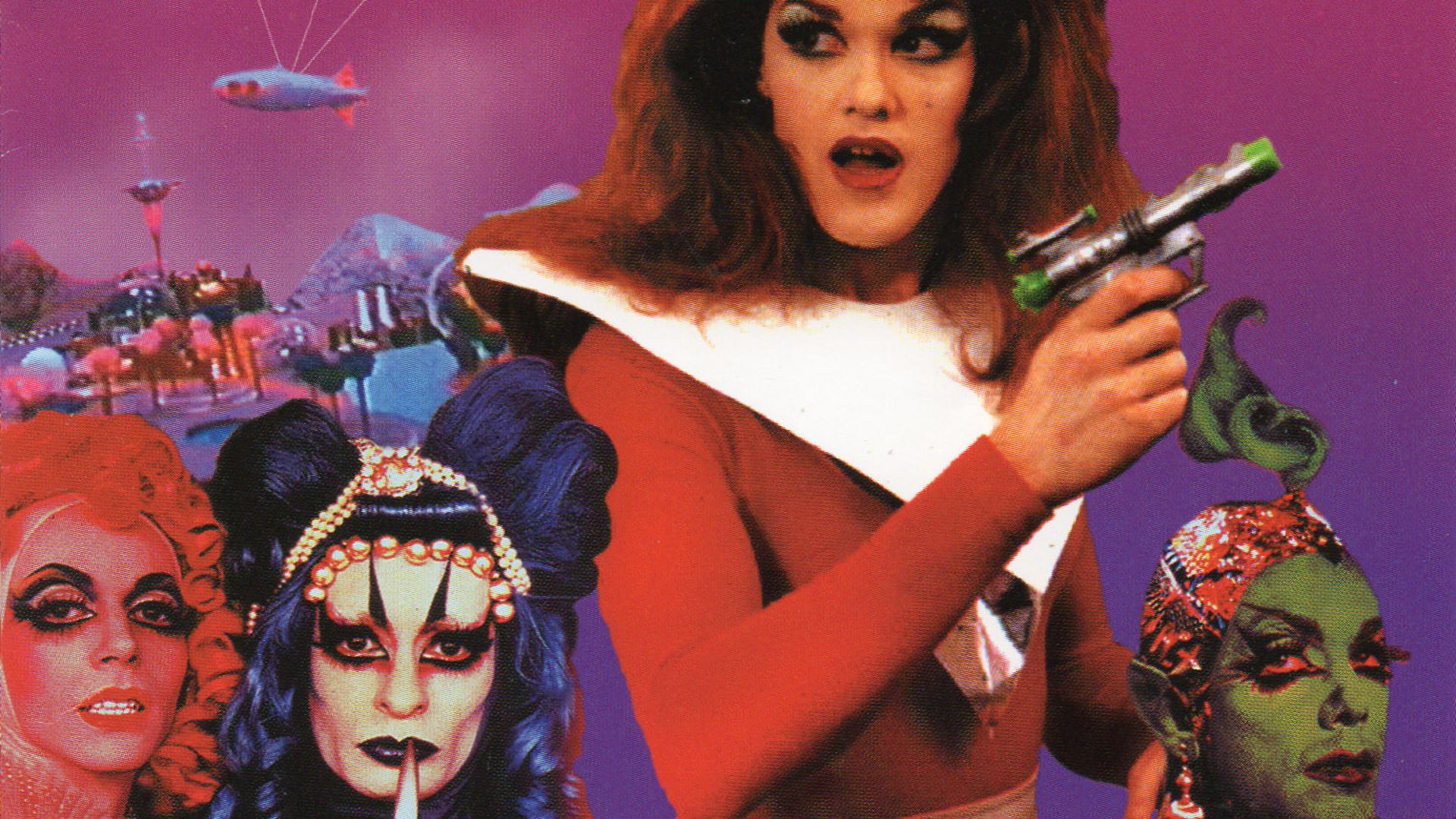 The universe is in danger, and the only ones who can save it are Captain Dan Tracy and his fierce space crew! But when their mission takes them to the “babes only” pleasure planet Clitoris, they must go undercover as Earth showgirls and dance for their (and everyone else’s) lives. Written by, co-produced and starring pioneering Australian drag queen Doris Fish, Vegas in Space is a fabulously camp musical odyssey that needs to be seen to be believed.

Join us afterwards for an exclusive, out of this world after party. Film-only tickets are also available.

“Nestled comfortably between John Waters’ Desperate Living and Priscilla, Queen of the Desert with more than a pinch of Ed Wood thrown in to boot.”

About Vegas in Space